Have a Question or Want a Free Market Report?

Famous People From Idaho's Past

The Gem State has a rich history that many people don’t really know about (at least, people aren’t aware of it at first). A large part of its history are the people that helped contribute to not only America’s way of life but the world as well. In fact, there are quite a few famous people who come from or who have lived in Idaho’s past that are worth mentioning. Among these famous people are writers, actors, inventors, and artists.

Joe Albertson- If you are a native to Idaho, you are probably familiar with the grocery store chain known as Albertsons. This popular chain started in Boise and has since spread across the United States under different names such as Safeway and Vons. Joe Albertson, the founder of this chain, was born on October 17, 1906, in the Yukon Territory. However, he and his family moved to Caldwell, Idaho when he was still a young boy. As a result, he eventually grew up and started this business which has blossomed into what it is today.

Gutzon Borglum- When driving through South Dakota, you can check out the faces of Washington, Lincoln, Jefferson, and Roosevelt up on Mount Rushmore. The person who created this monument was a man whose parents came from Denmark named Gutzon Borglum. Gutzon was born near the town of Bear Lake in 1867. Because his father was a woodcutter, Gutzon eventually grew to love sculpting things as well. He worked on what is now Mount Rushmore for about 14 years; however, he passed away in 1941 before the sculpture was even finished. The good news is that his son took over the project and finished the work his father had started about seven months later. Although Mount Rushmore is his most famous contribution, Gutzon is also known for other works such as the apostles at the cathedral of St. John the Divine, and a sculpture of the head of Abraham Lincoln, which is currently in D.C.

Philo Farnsworth- Best known as the “Father of Television”, Philo Taylor Farnsworth is one of the most renowned inventors of the Gem State. Although he was born in the town of Beaver, Utah, his family moved to Rigby, Idaho when he was a teenager. As years passed, Philo lived in Rigby for most of his young life, but then he returned to Utah to attend college in Provo. As he was growing up, Philo was always intrigued by modern technology such as the telephone and the light bulb. Because of this, he knew that when he grew up, he wanted to be an inventor. At the age of thirteen, Philo taught himself how to make the washing machine, sewing machine, and all of the barn lights work by using electricity instead of doing it by hand. Over the course of his self-education, he read about a new idea that was spreading around known as the television. Many scientists were talking about the theory of the television, but no one had figured out how to put those ideas into action. Philo and Mr. Tolman, his chemistry teacher in high school, became close, and together, they worked on the idea for a while. Later in life, this same teacher became a critical contributor to Philo’s reputation as the main inventor. For instance, he showed a small drawing from years earlier, proving that Philo was, in fact, the creator of the television. Besides the TV, Philo Farnsworth is also famous for inventing other things such as the electron microscope, the first baby incubator, and a co-founder of atomic energy before it was used for weapons.

Lana Turner- Born as Julia Jean Mildred Francis Turner, this famous actress was born in the town of Wallace; however, she and her mother moved to California after her father passed away. This was because they had heard that jobs were available all over the state. At the ripe age of 16, she was discovered in a Hollywood café by some producers; there, she signed a contract with Metro-Goldwyn-Mayer (MGM) Studios to become an actress. Her first role that made her famous all over the country was her small part in “Love Finds Andy Hardy” in 1938. In this film, she co-starred alongside Mickey Rooney, playing as a beautiful and provocative young woman. Because of this film, she became known as the “Sweater Girl” from then on. She also starred in the original movie “A Star is Born” as well as a remake of the movie “Imitation of Life” and “Bachelor in Paradise”.

Sacagawea- This famous Native American was also from the Gem State before it became an actual state! She led the famous explorer duo Lewis and Clark through her native land and helped them to survive throughout their travels. Sacagawea’s father was chief of the Shoshone tribe; however, when she was approximately nine or ten years old, she was taken away and forced to become a member of the Hidatsa tribe. Years later, a French-Canadian trapper by the name of Toussaint Charbonneau, bought her from the tribe and made her his wife. Around that time, the couple was hired by Lewis and Clark as professional guides and interpreters during their journey through the territory. During their travels, she was an interpreter for a group of Shoshone Indians. There, she found her long lost brother, who was now the chief of the tribe. Today, we see Sacagawea’s face on our one-dollar coins.

As you can see, the state of Idaho has given the United States and the world some of the best and most influential minds in American history. Many people have heard of these famous names, yet it is clear that they don’t know where these people had their start. Because of this, Idaho is very underrated. However, we hope that this article has shed some light on these amazing people. There are also plenty of others who have come from the Gem State and had a profound effect on America’s culture. We invite you to do more research on Idaho’s history and the famous contributors who were part of America’s (and the world’s) growth. 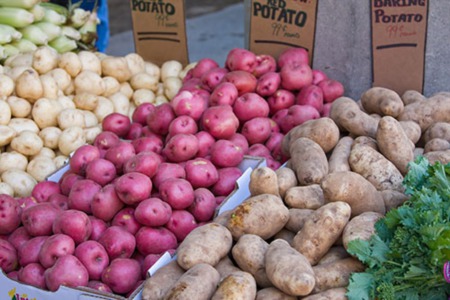 The History of Potatoes in Idaho

Idaho Potatoes have made quite a name for themselves over the last century. From homemade mashed potatoes to ...Read More 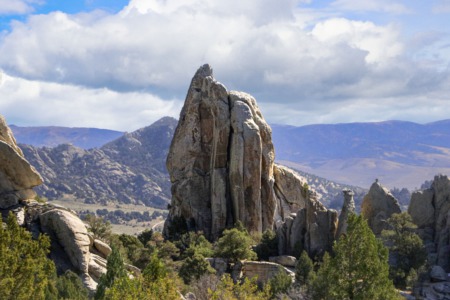 Discovering spare time for an Idaho adventure maybe your definition of the ideal way to spend a day or weekend. If ...Read More 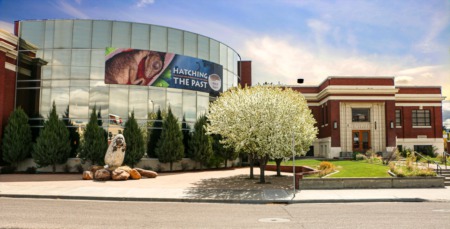 Are you planning a fun and exciting day enjoying Southeastern Idaho? Why not enjoy a day at one of ...Read More